Teaching American Satire: A New Piece for the Classroom from the Onion

It is fun to teach humor. Laughter keeps students awake more effectively than most things. The promise of relief or diversion from the cultural and personal stresses implicit in all humor (and explicit in much of it), to my mind, not only makes for more pleasant classroom discussions but also helps to make those discussions more productive. This I believe.

But I have my doubts when it comes to exploring satire. I have revealed my misgivings in this spot before (Teaching the Irony of Satire (Ironically); see also Sharon McCoy’s excellent response: Embracing the Ambiguity of Satire).

Within the overall umbrella of my courses on American Humor, satire demands its space, and rightfully so. But it’s harder to get through the material, and methinks many students pick up on my hesitations here and there.  I don’t mind the difficulty factor, it’s the pain of the subject matter that wears me out. The suffering underlying much of humor in general stands foregrounded in satire.  This is the nature of the art form. Satire cannot hide its rage, or its hopelessness, and as a result there is very little room for the pleasant relief of laughter. Satire is rarely funny “ha ha,” or funny “weird.” It’s just painful.

I have just read what I consider to be one of the most engaging pieces of satire on political and cultural intransigence that I have encountered since first reading Mark Twain’s “The War Prayer,” a work by the American master that is perfect both in its conciseness and its artistic vision. 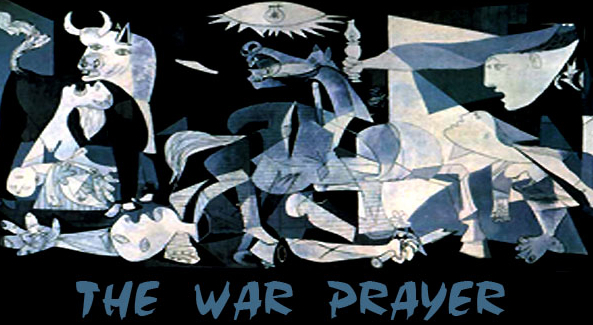 Twain’s short piece, which has a stranger translate the prayers of a people on the verge of war, is powerful for its accuracy as a comment on the human capacity for making war in the name of god and its recognition that the commentary is timeless because the war making machine is timeless, and unending. Students will always study it because they will always understand its targets. The Onion has just provided another piece that seems, to me, worthy of being taught alongside Twain’s work.

It is an “Editorial Opinion” that first appeared on August 13, 2013 (Issues 49.33). The title is: “The Onion” Encourages Israel and Palestine Not to Give a Single, Goddamn Inch.” 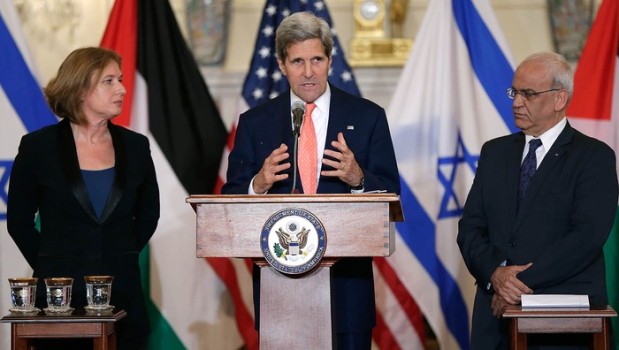 Here is a link to the article: http://www.theonion.com/articles/the-onion-encourages-israel-and-palestine-not-to-g,33473/

Standing in opposition to “the international community” which has pleaded with the two sides to meet to discuss peace, The Onion satirically asks the sides to remain steadfast and persist in absolutist positions:

“Israelis and Palestinians, you must accept nothing short of total victory against those who threaten your religion and way of life. Sacrificing just one of your ideals would at this point be tantamount to compete and utter failure.”

The writers of The Onion then follow this assertion with details that simply recount the history of the last 60 years (and by implication 2,000 years?) in four concise sentences:

Noble. Forward. The writers know, and readers know, the words “noble” and “forward” serve as the key bits of irony here.  There is nothing noble in the bloodshed, nothing forward looking about continued intransigence.

Building on this sardonic tone, the satire gets heavier and heavier, and the reader wants relief while at the same time knowing that none is forthcoming. As with Twain’s work, the writers are devoted to the point of the satire, which is the grotesque pointlessness of continued aggression. The secondary target of the piece, though, may also be the ever-present demands from the international community to urge the parties to sue for peace. Pointless. I don’t really believe that peace efforts are pointless, by the way, but it seems the accurate thing to say here in the context of The Onion satire, the art. If we are to teach such aggressive and unnerving satire, we must be ready to accept the full brunt of the hopelessness the piece addresses. And thus figure out a way to help students talk about it. I am open to suggestions.

I just know that as I read this, I wanted an outlet, some peek from behind the curtain from the jester. But it is not there because there is no peace ready to peek out from behind any curtains either. The article ends concisely and with a key repetition:

“Remain steadfast. Remain strong. And never give up your noble fight, even if it takes several more generations.”

That, my gentle readers, is first-rate satire. It is exhausting and no fun at all.